The Influence of Preload and Speed on INA Bearing Temperature

The friction of an INA bearing is the sum of the resistance to movement of the components inside the bearing when the inner and outer rings rotate relatively. According to the resistance mechanism and different parts, it can be divided into five categories.

The rolling elements roll along the surface of the raceway under load, and the material under the contact surface will be elastically deformed. After the contact is eliminated, the main part of the elastic deformation is restored. However, when the load increases, the deformation corresponding to a given stress is always less than the deformation when the load decreases. This is called elastic hysteresis. It reflects the energy loss of ten fixed, which is expressed as rolling friction resistance.

The friction loss of lubricant consists of two parts. Part of it is caused by the internal frictional resistance of the lubricating oil film. The other part is the agitation resistance loss of the lubricant that the rolling elements and cages receive when they rotate. Regardless of whether it is an elastohydrodynamic oil film or a sliding dynamic pressure oil film, the thickness of the oil film is on the order of microns, and the area of ​​the contact area is small, so the volume of lubricant that actually plays a lubricating role in the contact area is often less than a few cubic millimeters. Most of the lubricant in the bearing splashes and collides under the agitation of the moving components, resulting in agitation resistance. The friction loss of lubricant is mainly agitation friction loss. Excessive lubricant will cause great agitation resistance, resulting in excessively high bearing temperature. For grease lubrication, it is recommended not to exceed 1/3 of the free space volume in the bearing.  Today , ERIC BEARING share INA RUS19105 GR3 Linear roller bearing unit , see below , if interested , pls click here : 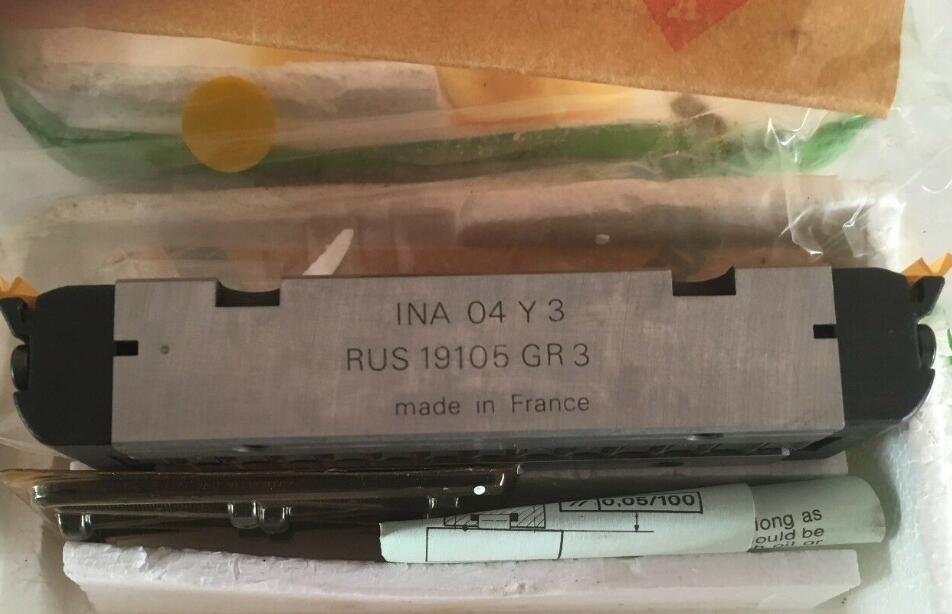