Bearing bush is an important part of KOYO bearing, and it is the contact part of sliding bearing and journal. Whether the structural design of the bearing bush is reasonable has a great influence on the performance of the bearing. It is a tile-like semi-cylindrical surface, which is very smooth. It is generally made of bronze, antifriction alloy and other wear-resistant materials. In special cases, it can be made of wood, engineering plastics or rubber. Sometimes in order to save valuable materials or structural needs, a layer of bearing alloy is often poured or rolled on the inner surface of the bearing bush, which is called a bearing lining. The bearing shell should have a certain strength and rigidity, be reliable in positioning in the bearing, easy to input lubricant, easy to dissipate heat, and easy to assemble, disassemble and adjust.

Commonly used bearings have two structures, one-piece and split-type. According to different materials and manufacturing methods, monolithic bushes are divided into monolithic bushes and single-layer, double-layer or multi-layer rolled bushes. The non-metal monolithic bearing bush can be either an integral non-metal bushing or a steel bushing lined with non-metallic materials. 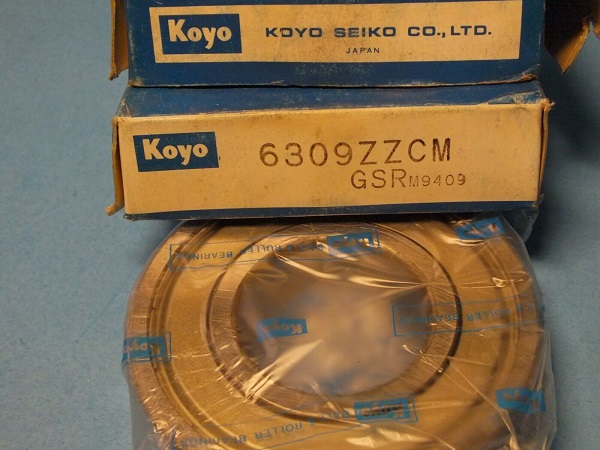 In order to introduce lubricating oil into the entire friction surface, oil holes or grooves must be opened on the bearing bush or journal. For hydrodynamic radial bearings, there are two types of axial oil groove and circumferential oil groove to choose from.

b. Copper alloys are divided into two types: bronze and brass;

A porous bearing material made of copper, iron, graphite and other powders after pressing and sintering.

There are plastic, hardwood, rubber, etc., of which plastic is the most used.

(1) Antifriction: The material pair has a lower friction coefficient.

(3) Seizure resistance (gluing): The heat resistance and anti-adhesion properties of the material.

(4) Friction compliance: The ability of the material to compensate for the initial poor fit of the sliding surface of the bearing through elastoplastic deformation of the surface.

(5) Embedding: The material contains hard particles to embed, thereby reducing the performance of scratches or abrasive wear on the sliding surface of the bearing.

(6) Running-in: the ability (or properties) of the bearing bush and journal surface to form a consistent surface shape and roughness after a short-term light-load operation.

(7) In addition, it should have sufficient strength and corrosion resistance, good thermal conductivity, manufacturability and economy.

The bearing shell directly supports the shaft. When the shaft rotates in the bearing shell, it will inevitably generate heat due to friction. If the contact surface of the shaft and the bearing bush is not in good contact, it is guaranteed to be at a certain small point or a certain area, which destroys the oil film, and the friction generated by the pressure on the place must be much larger than that of the uniform contact. Therefore, during operation, the heat emitted is large, and the bearing temperature must be high.

On the contrary, if the shaft and the bearing bush are in good contact, the force is uniform and the oil film on the friction surface is complete. During operation, although heat is also emitted, the heat is small and is distributed throughout the bearing. This part of the heat is easily lost, so KOYO The bearing does not generate high heat.

When scraping, the direction should be changed every time, so that the scratches form an angle of 60°90°. Continue several times to gradually increase the contact points, and finally the color spots are evenly distributed until the specified standard is reached. Generally, the contact angle between the lower bush and the shaft is 60°90°. Within this range, the contact point should be dense in the middle, and the two sides should gradually become thinner. There should be no obvious boundary between the contact surface and the non-contact surface.

The scraping method of the upper tile is the same as that of the lower tile. When coloring on the tile, be sure to install the shaft, fasten the KOYO bearing cover with screws, and remove the gasket on the tile opening to ensure that the upper tile can be well connected Journal contact.