What is the characteristic frequency of SKF bearing failure

2. SKF bearing failure frequency is a non-integer multiple of the speed frequency;

6. SKF bearing failure generally occurs first before the rolling element and cage failure is the frequency of the inner ring or outer ring failure; 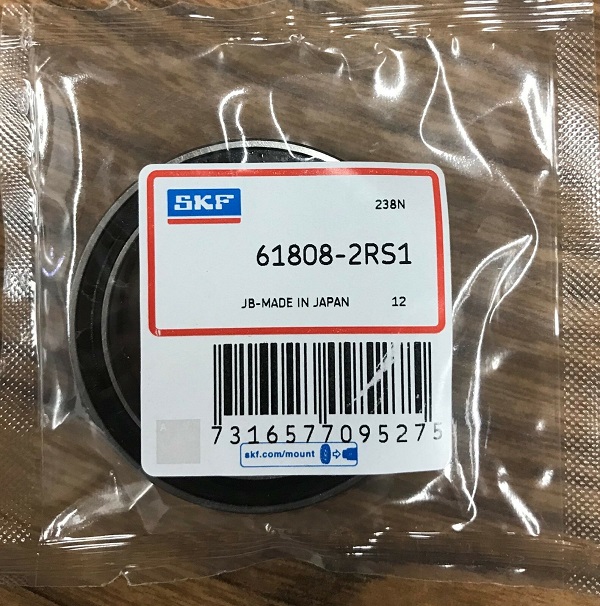 It is recommended to collect both time-domain waveform and (FFT) spectrum when evaluating machine bearing condition, especially when the speed is less than 100 rpm. When the speed is very low, the pulse generated when the rolling element rolls through the defects on the inner and outer rings of the bearing does not have enough energy to produce a clear frequency in the FFT spectrum that can be detected, but it may still be clearly seen in the time domain waveform.

13. Place the vibration sensor as close as possible to the bearing area of ​​the bearing, especially when the SKF bearing only supports radial loads.

Excessive load was applied to SKF bearings due to improper installation. Although the actual damage may not have occurred yet, if this failure problem is not detected and measures are taken to correct it, the SKF bearing will be damaged long before its expected life.

The characteristic is that there are 3 or 4 spikes in the range of 900 to 1600 Hz, and the difference frequency between the spikes is 80 to 130 Hz. A well-lubricated SKF bearing may also include these frequency components, however, their amplitude is very small, about 1.27mmn/s or less. When the lubrication is poor, the amplitude increases to 2.54 to 5.08mm/s.