The tapered roller bearing developed on the basis of SKF bearings, its working principle is to replace sliding friction with rolling friction. It is generally composed of two rings, a group of rolling elements and a cage. It is very versatile, standardized, and series. Highly mechanical basic parts. Due to the different working conditions of various machines, various requirements are imposed on the bearing in terms of load capacity, structure and performance. For this reason, the bearings need to have various structures. However, the most basic structure is composed of inner ring, outer ring, rolling elements and cage.

Contact fatigue failure is one of the most common failure modes of all types of tapered roller bearings. It is the failure caused by repeated effects of cyclic contact stress on the bearing surface. Contact fatigue spalling on the surface of SKF bearing parts is a process from fatigue initiation and propagation to cracking. Initial contact fatigue cracks are first generated from the large orthogonal shear stress below the contact surface, and then spread to the surface to form pitting or small flakes. The former is called pitting or pitting; the latter is called shallow The layer peeled off. If the initial crack occurs at the junction of the hardened layer and the core, causing the early peeling of the hardened layer, it is called hardened layer peeling.

It is one of the most common failure modes of various bearing surfaces. The relative sliding friction between SKF bearing parts leads to the continuous loss of surface metal called sliding friction. Continued wear and tear will cause the size and shape of the parts to change, the clearance of the tapered roller bearing increases, and the working surface morphology deteriorates, thereby losing the accuracy of rotation and preventing the bearing from working properly. The form of sliding wear can be divided into abrasive wear, adhesive wear, corrosion wear, fretting wear, etc., the most common of which are abrasive wear and adhesive wear. 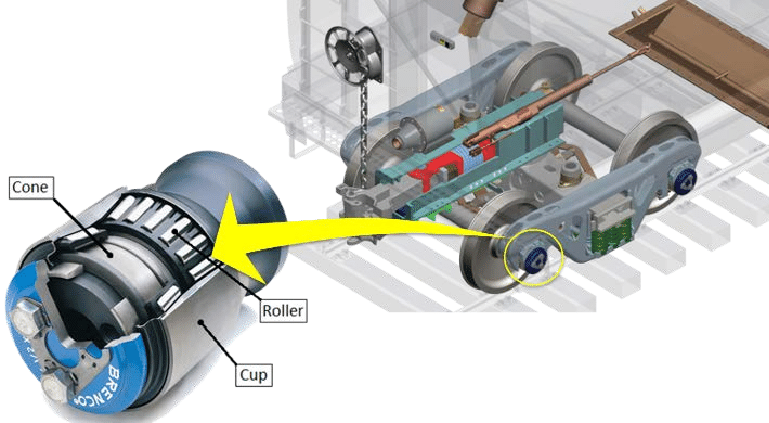 The phenomenon of friction surface wear caused by external hard particles or metal grinding between the friction surfaces of tapered roller bearing parts belongs to abrasive wear. For bearings, the inner ring usually fits tightly with the shaft and runs together with the shaft, and the outer ring usually fits into the bearing housing or the hole of the mechanical housing in a transitional fit to play a supporting role. However, in some cases, the outer ring is also running, the inner ring is fixed to support or the inner ring and the outer ring are running at the same time. For SKF bearings, the shaft ring is tightly fitted and moves together, and the bearing ring or the mechanical housing hole has a transitional fit and supports the bearing ring. The rolling elements (steel balls, rollers or needles) are usually arranged evenly between the two ferrules by means of a cage for rolling movement. Its shape, size and number directly affect the load capacity and use of tapered roller bearings performance. In addition to evenly separating the rolling elements, the cage can also rotate the rolling elements and improve the internal lubrication performance of the bearings.