NTN Bearing is one of the world's comprehensive precision machinery manufacturers. The company was founded in Japan in 1918 and is headquartered in Osaka. There are 11 manufacturing plants, 25 sales offices, and three research institutes in Japan. Twenty wholly-owned production plants, two research institutes, and 48 business offices. Each department of NTN bearing production, sales, and technology unremittingly explores and deepens its professional field, and at the same time, organically combines. 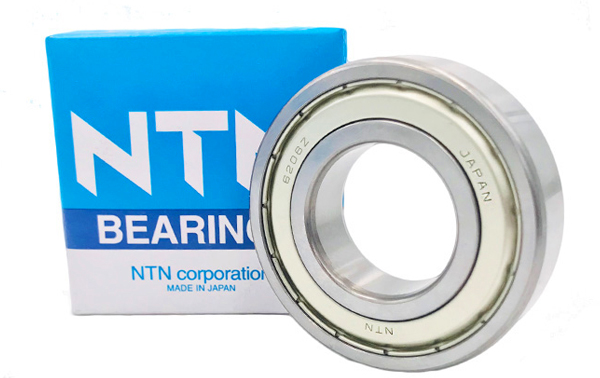 NTN bearings are now widely used in the production of precision machinery for use in all fields. How to minimize the friction coefficient and improve energy efficiency? NTN's bearing technology achieves nanometer precision. This precision, which was purely luxurious in the past, has now been used in various fields of industrial sectors such as orbiting satellites, aviation, railways and automobiles, papermaking equipment, office equipment, and food machinery!

NTN bearing vibration is divided into swing load and indeterminate load. Sometimes the direction and magnitude of the amount cannot be accurately determined. For example, in high-speed rotating machinery, in addition to bearing a fixed load in the rotor weight direction, the bearing must also take the rotating pressure caused by the unbalanced mass. If it is much larger, its combined capacity is still a rotating load; if it is much smaller than a fixed amount, then its combined weight is a swing load.

No matter the rotational load or the oscillating load, its size and direction are always changing. In the variable working state, the pressure on some ferrules may be a rotating load, a fixed amount, or a swing load. This load is called an indeterminate capacity. Swing load and indefinite load should be treated in the same way as a rotating load, and too loose fit will cause damage to the mating surface.

The ferrule and shaft or seat hole rotating relative to the load direction should choose transition fit or interference fit. The intervention is based on the principle that when the bearing works under load, its NTN bearing ring does not produce "creep" on the shaft or the mating surface in the seat hole. When the weight is very light, or the ferrule occasionally rotates at a low speed under heavy load, a transition fit can be used. At this time, the shaft surface should have higher hardness and less surface roughness. For heavyweights, the fit should usually be tighter than for light and normal loads — the more massive the load, the higher its interference fit. 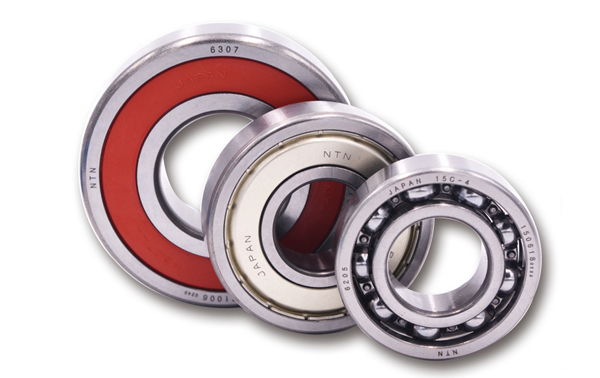 First, check the vibration of NTN bearings in work

From peeling, indentation, rust, crack, wear, etc. will be reflected in the vibration measurement of the bearing. Bearing vibration is very sensitive to the damage of the bearing. Therefore, by using a particular NTN bearing vibration measuring device (frequency analyzer, etc.) The magnitude of the vibration was measured, and the specific circumstances of the abnormality could not be inferred from the frequency division. Because the measured values ​​are different due to the use conditions of NTN imported bearings or sensor installation positions, it is necessary to analyze and compare the measured values ​​of each machine in advance to determine its judgment standard.

Second, check the sound of NTN bearings when rolling

Because even if the bearing is slightly peeled and damaged, abnormal sounds and irregular sounds will be emitted. Therefore, a sound detector can be used to distinguish the sound of the rolling music and sound quality of the bearing during operation. Play a role in advance prevention.

Third, the temperature of the NTN bearing must be checked.