Timken Engineers Design Bearings for the Next Mars Rover

On 18 February 2021, a new rover landed on Mars with a mission to search for signs of ancient microbial life. When that day arrived, Timken senior application engineer John Renaud ventured a fist-pump and a “Yes!” The bearings for the descent brake that lowers the rover to the surface were his design, after all.

But Renaud says designing those bearings two years ago was all in a day’s work. His boss, chief engineer for aerospace John Lowry, clarifies. “John is a bit of a specialist for spaceflight,” he says. Designing precision bearings for applications like the Mars rovers is part of the job .  TIMKEN 32006X bearings online , pls click here : 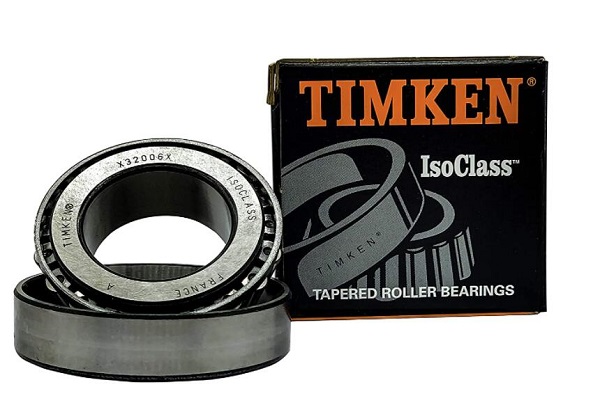 The Curiosity rover used Timken bearings  in its descent to the planet, as did the two rovers before it, Spirit and Opportunity. Curiosity also had Timken bearings in the center hub of its carousel system, as it rotated to position sample cups for gathering and analyzing rock, soil, and atmosphere. In addition, two ? inch (6.35 mm) Timken bearings run its tiny vacuum pump, which supports the rover’s analytical equipment.

When you think about it, Renaud has a point—all this Mars rover business isn’t too surprising. Any rotating mechanism requires bearings, whether it operates in space or on Earth. Timken has been making bearings for nearly 120 years, so it’s no surprise we have a few on Mars.

What might be surprising is just how much is riding on those bearings. “A bearing is not just a bearing,” says Renaud. “Very small variations, ten thousandths of an inch (2.5 micron) one way or the other could be the difference between the part working or failing,” he says.

And failure is not an option. When a part fails in space, there’s no one there to fix it, so the entire mission could be unsuccessful. In the case of Curiosity, $2.5 billion and eight years of planning and development could have come to a halt shortly after landing on the Red Planet.

Instead, it glided gently onto the Aeolis Palus plain on August 6, 2012, and has been roving around, sending back pictures and analysis for the past six years—well beyond its projected 23-month lifespan—and making history with its discoveries.

As an application engineer, Renaud solves a wide variety of problems. National defense projects, satellites, sensors, and yacht gyros have all crossed his desk. Often, he sees only the environmental factors and the load conditions—the external forces that the bearing needs to hold up against. “We get acronyms or a program name, but sometimes the projects are classified,” he says. “What does it go into? We can’t tell you.”

When it comes to space applications, a number of factors come into play that may not be as critical in Earthbound projects. First of all, says Renaud, you have to take the extreme heat, vibration, and acceleration of the launch conditions into account.

Typically, Timken engineers run customer-provided load conditions through Syber, Timken’s proprietary modeling software, “which simulates how the bearing will react to the load inputs and looks at contact stresses and shaft deflections to determine if there’s going to be a problem,” he says.

Bearings in space applications often operate in a vacuum environment, which tends to dry things out. To address that problem, Curiosity bearings were designed with a special grease-and-oil mix lubricant solution. Out-gassing can also be a concern in space. “If we’re working with an unstable material, it could contaminate all the components inside a satellite, including instruments,” says Lowry.

Bearings in space also have to be incredibly precise, especially when you’re pointing and focusing on something from orbit. If a bearing isn’t running smoothly, it can affect the ability to position a satellite accurately, and could transmit vibration to the rest of the satellite. That could mean it can’t get a clear image, for starters.