The Working Principle and Classification of SKF Magnetic Bearings 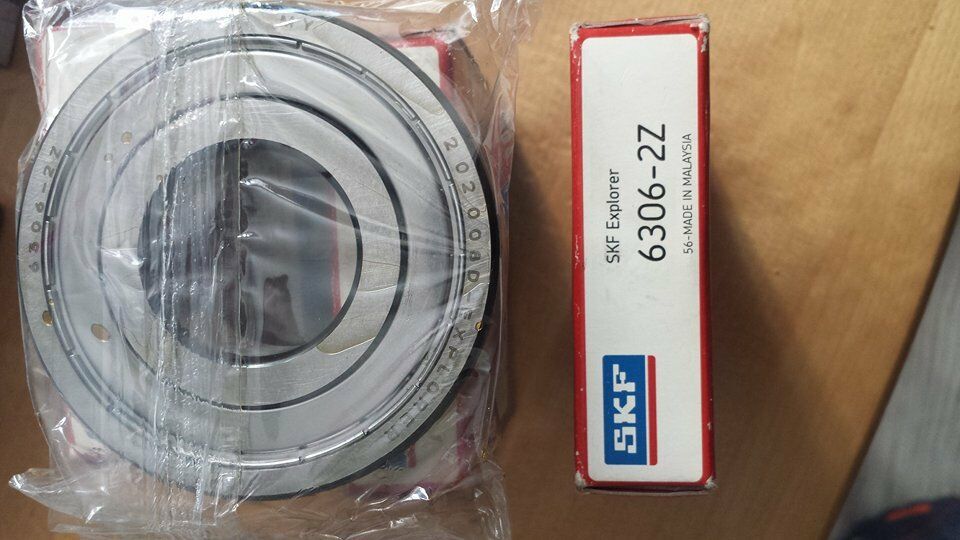 Permanent magnetic bearings can be composed of radial or axial magnetized rings. Rigidity and bearing capacity can be increased by superposing multiple pairs of magnetic rings.
Another type of passive magnetic bearing is based on the suction force, which acts between the magnetized soft magnetic parts. When the rotor parts move in the radial direction, the attraction effect comes from the change of magnetic resistance, so it is also called "reluctance bearing". This kind of bearing can be designed so that the permanent magnet part does not rotate, only the soft iron part rotates, so that the system has better stability.
Combining the stabilizing effects of reluctance bearings and active electromagnets can form a magnetic bearing system with minimal energy consumption.
For permanent magnetic bearings, when a certain load is applied to the shaft, the working air gap between the rotor and the stator ring will change. The repulsive force at the minimum working air gap is greater than the repulsive force at the maximum air gap, so that the shaft is radially The position changes and tends to balance. As mentioned earlier, it is impossible to obtain a stable balance only with permanent magnetic bearings, and it is unstable at least on one coordinate. Therefore, for a permanent magnetic bearing system, at least one direction must attract external forces (such as electromagnetic force, mechanical force, aerodynamic force, etc.) to achieve system stability.

(1) The permanent magnet is used to provide the bias static magnetic field. The electromagnet only provides the control magnetic field for balancing the load or external interference, which can avoid the power loss of the system due to the bias current and reduce the heating of the coil.

(2) The number of ampere turns required by the electromagnet of the hybrid magnetic bearing is much smaller than that of the active magnetic bearing, which is beneficial to reduce the volume of the magnetic bearing and save material. This kind of bearing has the advantages of small size, light weight and high efficiency, and is suitable for miniaturization and small size applications.