Package of measures with two thrusts: (1) reduction of capacities and consolidation of locations as well as (2) strengthening of competitiveness and expansion of local competencies

Net reduction of around 4,400 jobs in Germany and Europe planned by the end of 2022, mainly affecting twelve German locations and two in Europe

Locations in Herzogenaurach, Bühl, Schweinfurt, Langen and H?chstadt are strengthened through the bundling of technology and production competencies and investments in future fields

Socially acceptable implementation based on the future agreement of 2018

The global automotive and industrial supplier Schaeffler had already started in 2018 in view of the emerging technological and regulatory changes as well as changed customer requirements to adapt its European plant network, to streamline the organization and to align it more closely to the needs of the divisions. Against this background, the presence in Great Britain was reduced by three locations in November 2018. In addition, the RACE efficiency program was established in the Automotive OEM division in spring 2019, followed by the GRIP (Automotive Aftermarket) and FIT (Industry) programs in the course of the same year. Since then, the three automotive locations in Hamm, Unna and Kaltennordheim have been sold as part of RACE. Furthermore, an additional volunteer program was launched in September 2019 before the outbreak of the corona crisis, which is currently being implemented.

The Schaeffler Group initially responded to the coronavirus pandemic that began in February / March 2020 and the associated sharp decline in demand in all three divisions with short-term countermeasures, so that the company has come through the crisis relatively well so far. In addition to expanding the European volunteer program from 1,300 to 1,900 positions, 1,700 of which are in Germany, Schaeffler used temporary measures such as closing days, reducing time accounts and vacation days, and introducing short-time working. FAG NU324-E-TVP2 bearings online , pls click here : 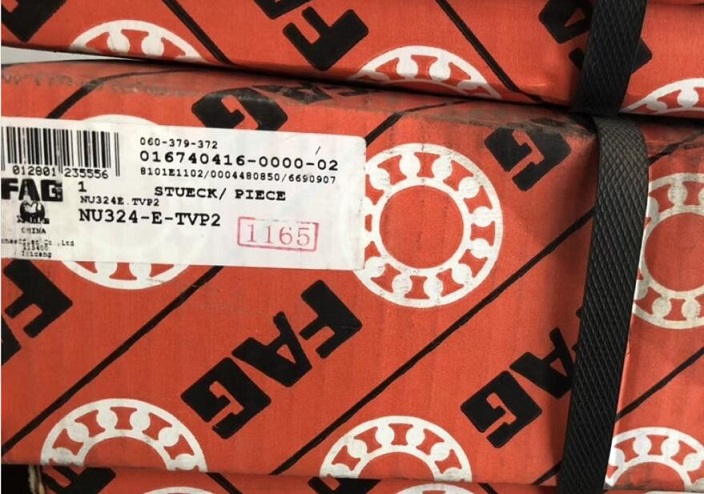 Despite an upturn in demand in all three sectors and four regions in recent months, uncertainty about the further course of the pandemic and the resulting deterioration in the economic situation remains high. In addition, the market and sales expectations for the time horizon up to 2025 point to a slow recovery, which results in structural underutilization of the production plants. The automotive sector in particular, which was already undergoing a structural change towards e-mobility, is being hit hard by the corona crisis. The global production of vehicles expected for 2020 is significantly below the previous year at minus 20 percent. Reaching the pre-crisis level is expected in 2024 at the earliest. But global industrial production will also decline significantly by an estimated minus 8 to minus 12 percent in 2020.In view of the economic situation, in addition to temporary measures, which will continue to be fully exploited, additional structural measures are imperative.

On this basis, the Executive Board of Schaeffler AG adopted an additional package of measures at group level and within the framework of the division programs to accelerate the transformation of the Schaeffler Group and to improve its competitiveness and sustainability over the long term. The package of measures has two thrusts. Firstly, the reduction of structural overcapacities and the consolidation of locations in Europe with a focus on Germany and, secondly, the strengthening of competitiveness and the expansion of local competencies at selected German locations. The structural measures, which are to be largely implemented by the end of 2022, essentially affect twelve locations in Germany and two other locations in Europe.