2. Do not add oil when assembling the oil pump

3. The black engine oil is the engine oil deterioration
Engine oil works under severe high temperature conditions, and is prone to oxidative deterioration, producing acidic substances and superimposing polymer deposits, which will damage lubrication. In addition, the combustion of exhaust gas into the crankcase will also promote the oxidation and deterioration of the oil. Therefore, after using for a certain period of time, the engine oil usually turns black and deteriorates and loses its proper lubricating effect.However, with the continuous improvement of the quality of lubricating oil, especially the popularization and use of thickened oil, the blackening of oil does not necessarily mean that the oil has deteriorated. This is because the clean dispersant added to the thickened engine oil disperses the deposits on the parts in the oil, making the engine oil black. Whether it has deteriorated, various indicators should be tested, and the oil should be changed regularly according to its quality to reduce unnecessary waste.  SKF 2211 E -2RS1KTN9 bearings online , pls click here : 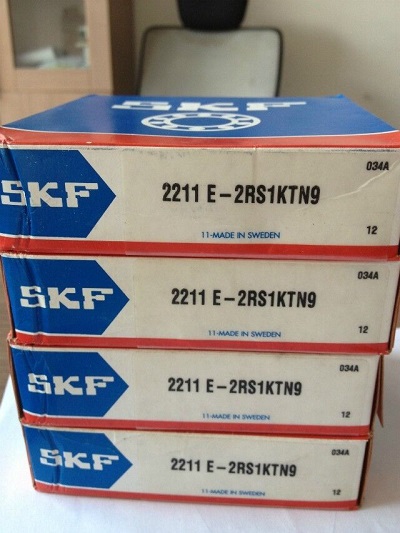