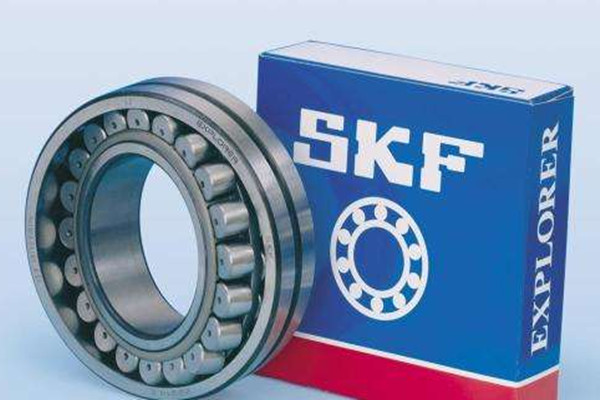 The heat generated by SKF needle bearings depends on the bearing type, size, internal design, load, lubrication, and alignment. It is also affected by other factors, including cage design, accuracy, and domestic clearance.

In general, the limit speed of SKF needle bearings is higher than the reference speed. However, for some bearing series, the reference speed may be more top than the limit speed because the friction characteristics are better than the bearing's mechanical ability to allow high speed to be maintained. However, in any case, the limiting speed of the bearing must always be taken into account, even if the bearing is operating under the most favorable operating conditions.

The limit speed of SKF needle bearings depends on certain specific conditions, including the stability or strength of the cage structure, the lubrication conditions of the cage guide surface, the centrifugal and rotational forces acting on the rolling elements, the accuracy of the bearing housing and other speeds. Constraints such as seals and lubricants for sealed bearings.

Experience shows that even if SKF needle bearings operate under the most favorable load and friction conditions, the cost required for technical reasons or to maintain stable working conditions for a specific time is too high and should not exceed the maximum speed.

The limit speeds listed in the product list are suitable for basic bearing designs. When the limit speed is higher than the reference speed, the operating temperature may be significantly higher than the reference value. Under these conditions, proper measurements (retainers, seals, pre-tensioning, and whether the lubricant can withstand high temperatures) may be required. If these measurements are not sufficient, you need to verify the internal clearance of the bearing and the accuracy of the bearing housing and journal and make appropriate adjustments to meet more severe working conditions.

For grease, other factors should also be considered, such as the lubrication conditions of the cage guide surface and the consistency of the lubricant at the operating temperature.

The friction of some open ball bearings is very low, and the reference speed listed in the product table may be higher than the limit speed. Therefore, it is necessary to calculate the adjusted reference speed and compare it with the limit speed, and then take the lower value between the two. In some exceptional cases, such as for some cylindrical roller bearings, if other cages are selected, the bearings can be operated at a higher speed than the standard limit speeds listed in the table.

If the bearing is required to run above the limit speed in the product list, some factors that restrict the rate must be improved. To modify SKF needle roller bearings, lubrication systems, or applications. Modifications may include improving bearing rotation accuracy, changing cage materials and structures, lubrication conditions, and cooling methods.

In some implementations, other factors are more critical than the limit speed. Such as:

(1) Low speed. When the rotation speed is deficient, it isn't very easy for the contact surface between the rolling elements and the raceway to form an elastic hydraulic lubrication film. In these applications, the use of lubricants or stable oils containing extreme pressure (EP) additives should be considered.

(2) Swing back and forth. In this mode of motion, the direction of rotation of the bearing has changed before one revolution. Because the SKF needle roller bearings rotate at the moment of reverse rotation and the speed is zero, it is impossible to maintain a complete hydraulic lubrication film. In these cases, in order to obtain a load-bearing boundary lubricant film, a lubricant containing sufficient extreme pressure (EP) additives should be used. Hybrid ceramic bearings can perform well under insufficient lubrication, so they have excellent performance in applications with rapid acceleration, deceleration, and load reversal (direction change). Usually, under reciprocating conditions, a specific rated speed or modern speed cannot be given. Because the highest rate that can be achieved does not depend on the thermal balance, but on the inertial force acting on the bearing. During each reverse rotation, the rolling body may slide a certain distance due to inertia, causing wear to the raceway. The permissible acceleration and deceleration depending on the mass of the rolling elements and cages, the type and amount of lubricant, working clearance, and bearing load.

Lubrication method: oil bath lubrication, the center of the rolling element with the oil level at the lowest position

Grease filling amount: about 30% of the free space in the bearing.